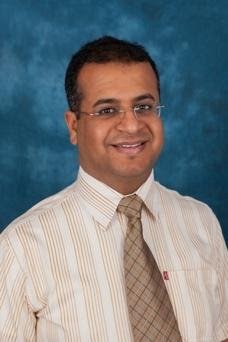 Dr. Yaslam Balfaqih was born and raised in Hadramout, Yemen. He received his Medical Degree in 2010 from the Faculty of Medicine at Jordan University of Science & Technology. Subsequently, he pursued his postgraduate training in Pediatrics in Amman-Jordan at King Hussein Cancer Foundation/Center, and later on, at Hamad Medical Corporation/Weil Cornell Medical College in Doha-Qatar prior to moving to the United States and joining the Pediatrics Residency Program at Marshall University-Joan C. Edwards School of Medicine in Huntington, WV.

Dr. Balfaqih is Board-Certified by the American Board of Pediatrics. He works as a General Pediatrician at Emerald Coast Pediatrics as well as Pediatric Medicine Hospitalist/Department Vice-Chair at Gulf Coast Regional Medical Center, in addition to his academic role as Clinical Faculty for the medical students of Alabama College of Osteopathic Medicine. He’s a fellow of the American Academy of Pediatrics and a Member of the American and Florida Medical Associations.

While in Yemen and during his years in Jordan & Qatar, he has had an interest in aide those in need, and he was fortunate to serve and facilitate the health care needs for several disadvantaged cases. In May 2020, Dr. Balfaqih helped found YAMANA and he currently serves as its secretary.