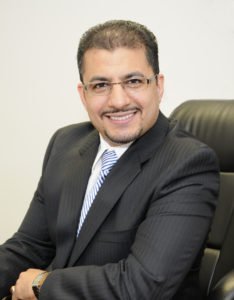 Mohamed Sohoubah, PharmD., is the founder and Chief Executive Officer of BioMed Specialty Pharmacy and PharMor Pharmacy, a chain of independently operated pharmacies currently operating twenty-five locations. He was born in Yemen in 1974 and  emigrated to the United States from Yemen at age 14 to attend Fordson High School in Dearborn, MI.   Mohamed attended Wayne State University School of pharmacy and graduated with honors in 1998.

Mohamed started his career as pharmacy manager at CVS/Pharmacy before he started his pharmacy chain in 2003.  Starting in 2010 to  2012,  Mohamed received specialty training in pharmaceutical compounding.  He has developed various  proprietary topical formulations for the treatment of chronic pain, neuropathic pain, dermatological conditions and hormone deficiency.  Mohamed pharmacies have been PCAB accredited since 2013.

In the business world,  Mohamed has immersed himself in all aspects in business.  He is well-versed in many areas of business management, business growth and development, as well as health care law.   Mohamed is also an avid real estate developer and investors and enjoys helping others become proficient in investing.

He has been recognized by several organizations and publications for his achievements and his leadership, including the Crain’s Detroit Business “American Dreamer” award in 2014, which recognizes immigrants who have had business success.  Mohamed also received the governor of Michigan New American Leadership award in 2017.

Mohamed gives back to the community in various ways ,  one of which is his commitment to be the main sponsor of MYSA since 2010.  MYSA soccer club has over 400 kids of immigrant parents in Michigan.  Mohamed has also served as MYSA president since 2018.

Mohamed served on the board of NAAMA,  National Arab American Medical Association for 8 years and hopes to bring that experience as board member to YAMANA.